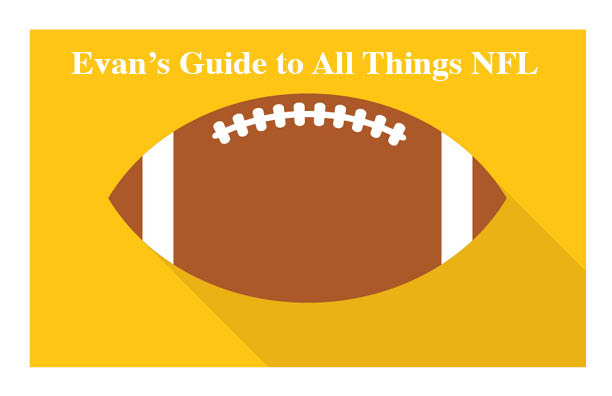 The 2018 NFL trade deadline is quickly approaching, so as I continue to take a break from power rankings each week (they’ll be back soon!), today I’m guiding you through five trades that would make the already exciting NFL trade season even more amazing. I’m not including any potential trades featuring Le’Veon Bell because that is a story in and of itself, and no one really knows when it will be fully resolved. This was written on Thursday, Oct. 25, before the Tuesday, Oct. 30 trade deadline, so be on the lookout for any trades that happen in the time between those dates.

We start off with a total blockbuster. David Johnson is one of the most talented running backs in the league, and while there may be hope for his chances of success now that the Cardinals have fired Mike McCoy from his position as offensive coordinator, Johnson desperately needs out of Arizona. There’s something morally wrong about confining a player as elite as Johnson to a team that has managed one win through September and October, is building its franchise around the worst of the first-round quarterbacks in the 2018 draft and made the mistake of hiring Steve Wilks from Carolina as head coach before he was ready for the job. I want to will this trade into existence, but I also know that it’s not outside the realm of possibilities that it could happen anyway. A pair of picks, one in the first round and one in the third round, are reasonable compensation for shipping away a player at Johnson’s level of talent, and if this trade happened, the Ravens wouldn’t have to worry about that inevitable moment of having to decide on a franchise-altering running back. Sure, Alex Collins is good, but is he season-long starting caliber? Probably not. And just imagine a season two or three years from now when Johnson is in his absolute prime and Lamar Jackson is quarterbacking the Ravens – that team, which would have a good defense as well (the Ravens always have a good defense), would be absolutely unstoppable.

Tyrod Taylor was traded from Buffalo to Cleveland in the offseason for a third-round pick, but it’s plain to see his value has diminished since then. That being said, a fourth-round pick is no small price for any team, but I think the Jaguars are content to spend a fourth on a quarterback who is arguably an upgrade on Blake Bortles, who is struggling significantly this season. The Jaguars are clearly in win-now mode, having just shipped a fifth-round pick to Cleveland for Carlos Hyde, so why not add to the deal and give the Jaguars the rushing and passing attack with which the Browns started the season? Once Leonard Fournette returns, the Jaguars would be set up with a dynamic three-headed monster of a rushing attack, with Tyrod Taylor, one of the most mobile quarterbacks in the league, Hyde, a between-the-tackles-style runner who can move the chains on any play and Fournette, arguably one of the league’s best running backs. Having spent years developing Blake Bortles into a rushing quarterback but now faced with the reality that Bortles can only succeed up to a certain point, the Jaguars would do well to keep the tradition of a running quarterback, but they’d upgrade to one who is famous for not committing the turnovers Blake Bortles tends to commit.

The Broncos have all but made it clear that they’re entering full-rebuild mode, and essentially no player on their roster is safe. They’re looking to dump large contracts, which naturally are paid to upper-echelon players such as Sanders. Sanders is 31 and may not have much time left in his prime, so the Eagles are a natural landing spot. They’re as much a win-now team as any other team in the NFL, and their unimpressive start to the season could easily prompt them to cough up a second-rounder to a team that’s willing to give them a prize like Sanders. Adding Sanders to an iffy receiving corps headlined by Alshon Jeffery and Zach Ertz would elevate the Eagles’ passing attack to the point at which Carson Wentz needs it to succeed. Add in Sanders’ rushing ability, and suddenly the backfield committee that head coach Doug Pederson prefers has a chance to succeed once more. Making a move for a star receiver like Sanders could propel the Eagles right back into first place in the NFC East.

Given that Jon Gruden and company in Oakland have already secured at least three first round picks for the Raiders’ 2019 draft, I think they could settle on a third-rounder from Pittsburgh in exchange for a former first-round pick in Joseph. The Steelers are yet another team who would like to keep the win-now mentality alive, so adding a young safety with plenty of potential would be a smart move, seeing as Joseph can contribute in the present as well as the future. The Steelers would then be set up for a safety duo of Karl Joseph and current rookie Terrell Edmunds in the near future, which would go a long way toward ensuring future success for this defense that has struggled for most of recent memory. On the Raiders’ side of things, the absence of a player who Jon Gruden has little intention of developing would leave room for the Raiders to continue to be as bad as ever on defense, only helping their chances of landing a higher pick for themselves. While the Raiders claim not to be tanking (losing games on purpose to ensure a high draft pick), it’s plain to see that Oakland gains nothing from trying to win more than a couple of games this season. I think they’d be perfectly content with their own pick being top-three, as well as the mid-round picks they’ll end up getting from Chicago and Dallas.

Bernard is injured right now, but with Bengals starting running back Joe Mixon fully healthy and rookie running back Mark Walton looking like a fine backup, the Bengals would be fully within reason to go ahead and make Bernard available via trade. The Buccaneers’ rushing attack so far this season has been woeful, and despite the possibility that Ronald Jones’ borderline success in recent weeks could signify his upcoming emergence, there’s nothing wrong with adding another running back, who, at the very least, could serve in a mentor capacity to Jones. Once Bernard is healthy, the Bucs could have a strong every-down runner who helps complete the offense that currently relies almost entirely on Jameis Winston and the passing game. The Bengals would probably see a sixth-rounder as reasonable compensation for a currently injured player who doesn’t carry much value on a team with an up-and-coming star runner in Joe Mixon.