Beyond the birds and bees 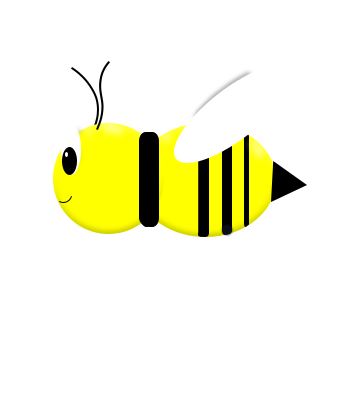 We can all agree that education is a basic human right, so why are so many youth in America being deprived of it? Many adolescents do not have access to sexual health education with fewer than half of high schools and only a fifth of middle schools teaching the topics recommended by the Centers for Disease Control and Prevention (CDC). Making the issue worse, the government’s proposed 2018 budget aims to eliminate funding
for comprehensive sex education and pour $277 million into a limited form of sex education that is proven to be ineffective.

While sex education may be awkward and uncomfortable to discuss, there are reasons why the CDC and hundreds of other health organizations consider it essential. Comprehensive sex education informs youth about a variety of topics ranging from how to prevent unwanted pregnancies and the transmission of STDs to making safe, responsible decisions about their sexual health.

The American Medical Association, the American Academy of Pediatrics and the Society for Adolescent Health and Medicine strongly endorse teaching sex education in schools, and Planned Parenthood’s most recent poll shows that 96 percent of parents think it should be taught in high school.

Despite this overwhelming public support for sex education, only 24 states and the District of Columbia mandate it. Additionally, there is little to no instruction for how or when it should be taught, so curriculum is often decided by individual school districts.

Without clear guidelines from the federal government, many schools have opted to teach abstinence-based sex education, which attempts to prevent premarital sexual activity by promoting marriage as the only appropriate context for sexual activity. According to the organization Advocates for Youth, this form of sex education has
received large amounts of funding, with over $1.5 billion in state and federal funds being allocated to it since 1998.

Proponents of abstinence-based sex education correctly state that abstaining is the only way to prevent unwanted pregnancies and the transmission of sexually transmitted diseases. However, they also falsely claim that this approach delays sexual initiation and reduces teen pregnancy despite study after study proving its ineffectiveness.

According to a Cochrane meta-analysis that looked at studies of 13 abstinence-only programs together, abstinence-only sex education had no effect on when youth became sexually active, how many partners they had or whether they chose to abstain from sex. In fact, the study showed that youth enrolled in the program were actually less willing to use contraception when engaging in sexual activity.

This method also completely ignores trends in American sexual activity. Abstinence-only education is geared towards preventing sexual activity until marriage. Yet according to the organization Advocates for Youth, the median age of sexual initiation among Americans is 17 while the average age of marriage is 25.8 for women and 27.4 for men. Many teenagers are not being informed at all, with 43 percent of adolescent girls and 57 percent of adolescent boys not receiving any formal education about birth control before the first time they have sex.

According to the CDC, the United States continues to hold the highest teen birth rate of any of the world’s developed nations and STD rates are at a record high. In the face of this evidence, it is both dangerous and irresponsible of school systems to take this approach to sex education.

It is even more concerning that government administration is both funding the abstinence-based programs publicly rejected by the medical community while cutting funding to evidence-based programs such as the Teen Pregnancy Prevention Program (TPP), which has witnessed a 35 percent decline in teen pregnancy since its implementation in 2015.

Abstinence-based sex education ignores the reality of American sexual trends, and operates on the false hope that not educating youth about their sexual health will make them less likely to engage in sexual activity. For ethical, practical and safety reasons, the U.S. government needs to stop funding failing systems and make sure that young people get the education they need and deserve.