Wait, is every ad a Tide ad?

And other questions raised by the 2018 Super Bowl commercials 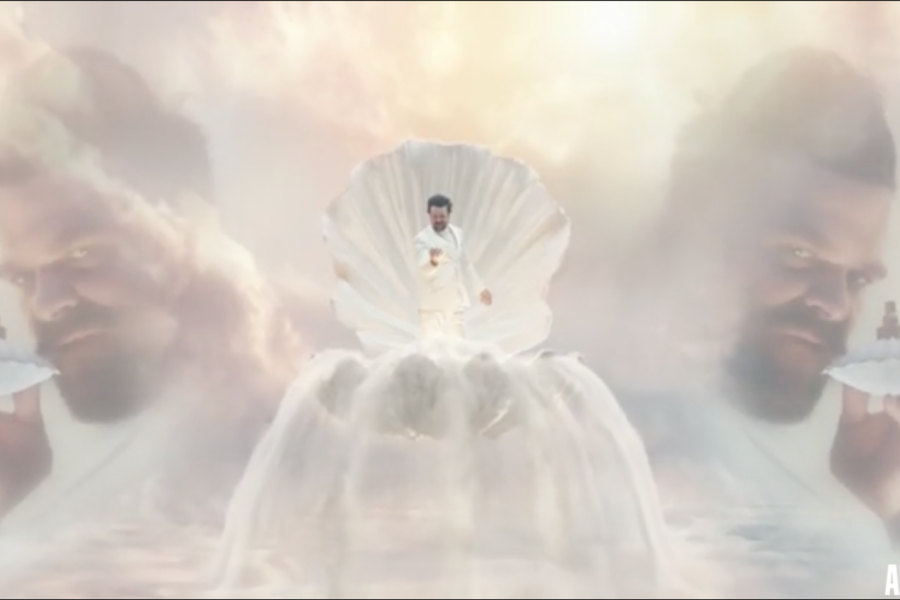 Laura called me around 1 a.m. last week saying that she wanted to review Super Bowl ads again for our beloved high school paper. Basically, nothing’s changed, so we are back and better than ever. (This is up to interpretation, but we certainly are back). Even college couldn’t keep us away.

Disclaimer: Not all commercials reviewed are appropriate for all ages. Viewers’ discretion is advised.

Laura: 8 out of 10. I really liked how it made fun of all the other types of Super Bowl ads since that is basically what we do here every year. I super like how the first ad it made fun of was car ads since if you review the previous editions of this post, that has become my #Brand.

Miriam: 9 out of 10. I respect this marketing strategy. Through a 45-second commercial, instantly every company paying big money for Super Bowl ads becomes an advertisement for Tide.

Laura: I haven’t even watched this yet but I already have something to say: Doritos and Mountain Dew are always my least favorite ads of the year and now they are combined. I truly cannot wait. Now, 3.5 out 10. I was going to give it higher for production value alone, but when they cut to the SECOND part of this ad, I knew where I had seen this before. Doritos and Mountain Dew CLEARLY stole their idea from the iconic Christmas movie “A Year Without A Santa Claus” a la Heat Miser versus Snow Miser.

Miriam: 4 out of 10. It’s hard to completely fail when Morgan Freeman is featured, but using him in a commercial and not having him speak was a mistake. At least the “#Spitfire” after the Doritos part was clever.

Laura: 7 out of 10. This was really cute, and I like the idea that they practice for their touchdown dance thing. Also can you tell that I have never watched football a day in my life?

Laura: 10 out of 10. I loved it. It was amazing. I want to watch it everyday for the rest of my life. “Alexa, play country music.” Wow, there are really people out here giving me hope for the future of comedy.

Miriam: 10 out of 10. The best part of this commercial was Cardi B’s decision to stay silent rather than play country music. I listen to country music, but I still thought that was really funny.

Laura: 1 out 10. It’s so weird to me that Budweiser, an alcohol brand, has found their niche in weird fake deep ads. Anyway, I don’t get it regardless. Are they selling water now? People in the comments didn’t do anything to enlighten me because all they said was “Ha ha! It’s about time they admit that their beer tastes like water!” And this means nothing to me. I need it spelled out for me, because I’m STUPID.

Miriam: 2 out of 10. What just happened? I think they’re trying to raise awareness for lack of clean water, but I think they could’ve done a better job of raising support for those communities that they listed at the end.

Miriam: 1 out of 10. I usually do not criticize commercials too harshly, so the fact that I am is significant. This did nothing to advertise their product, and mockumentaries are overrated.

Laura: I audibly said before watching, “Ugh! Are Bud Light and Budweiser not the same?” Miriam informed me that they are, in fact, not. 3 out of 10. If nothing else, I am blown away every year by the amount of money that is spent on these ads. Someday I will look up how much it costs. Not today though.

Miriam: 3 out of 10. It took me longer than it should have to recognize the connection between “Bud Light” and “Bud Knight.” Also, I relate to the knight finding an excuse not to fight. But overall, not a good commercial.

Laura: 7 out of 10. I’m really bitter that they tricked me into caring about a car ad by using Marvel and Black Panther. With that being said, I thought it was really funny how they made it look and sound like he was driving really fast, and then they zoomed into the car’s fancy speedometer and he was going 54 miles per hour. I go 80 mph on 240 every other day.

Miriam: 6 out of 10 for the presence of “The Black Panther” cast alone. I do not like car commercials. That’s Laura’s thing.

Laura: 8 out 10. First, I would like to note that when I read what this ad was called I thought it said Michelin because college takes away your reading comprehension skills (watch out for that kids), so I was really shocked when Chris Pratt held up a beer. But otherwise, I love Chris Pratt and he looked great in this ad, and I’m really a simple girl at heart.

Miriam: 8 out of 10. Chris Pratt is so dang charming. He could have just sat in an empty room and talked to the camera, and I probably still would have enjoyed it. The commercial itself was funny though.

Laura: 1.5 out 10. Danny DeVito makes sense to me as the red M&M. Good thing he didn’t ask me whether or not I wanted to eat him because I would’ve said yes.

Miriam: 2 out of 10. Danny DeVito is exactly what an adult M&M would look like. That is the only redeeming part of this commercial.

Laura: 2 out of 10. My first thought was “Wow that’s really dangerous!” And then I saw it was Keanu Reeves, so that made more sense to my brain, but otherwise I still don’t see how this is a good ad for a website-making company? At least, that’s what I think the company is.

Miriam: 1 out of 10. What were they advertising? Thank you for the positive affirmations, but it’s not going to make me want to create a website.

Laura: 9 out 10. I liked it! It was simple and funny, which is all these ads really need to be. “I hate local businesses! Family-owned? Even better! Shut it down!” Good stuff.

Miriam: 7 out of 10. We could finally understand this one, so that was exciting. Everyone, take note: ads do not have to be an elaborate storyline with a three-act structure.

Laura: 0 out 10. Skittles, make an ad that doesn’t make me regret being born challenge.

Miriam: 0.25 out of 10. Skittles’ ads are consistently so weird, every single year. And unpopular opinion: Ross is the Worst character in “Friends.” So that didn’t help their case.

Laura: 6 out of 10. I really like Bill Hader. When I do eat Pringles, so very rarely, I shove them all in my mouth like he does in the last frame. So, like, I get you.

Miriam: 4 out of 10. Nobody gets that excited over Pringles.

Also if anyone wants to talk about how little they are looking forward to watching anyone other than Harrison Ford play Han Solo, hit up my Twitter. I knew I wouldn’t change my mind after watching the teaser, but now I know more than ever I have no desire to see this with my own two eyes.