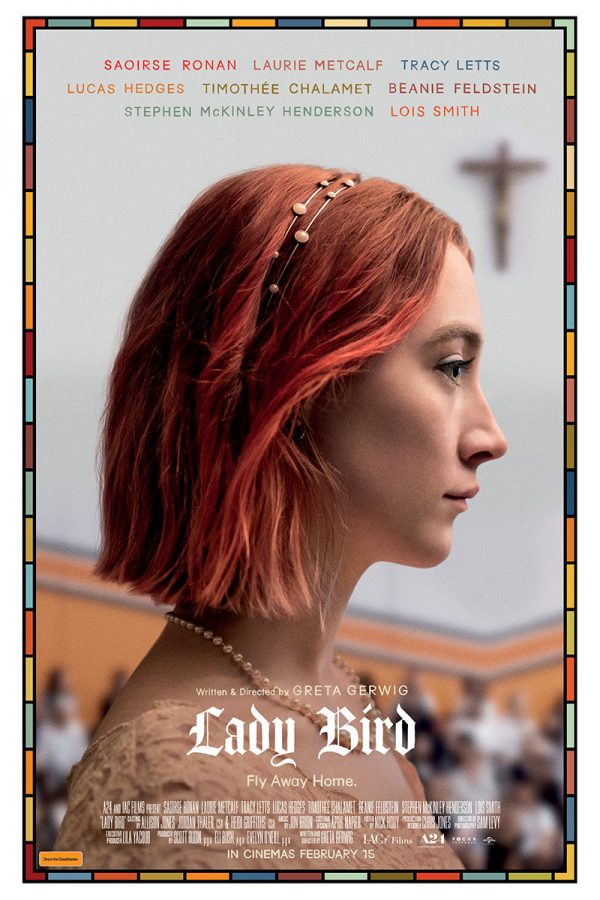 Photo Courtesy of A24

The officially released Ladybird poster shows the title character in her Catholic school. Ladybird is shown to have a tenuous relationship with her Catholic background, something that develops as the film goes on.

More often than not, a protagonist is someone powerful, someone who, no matter how misguided, gets the job done. They get the girl, land the job, or take down the corrupt institution. Ladybird does none of this, and through that she plunges us unwitting viewers into a bittersweet year in the life of a high-school senior in Sacramento.

Ladybird actively tries to be extraordinary. She voices her opinions loudly and often, with little hesitation. Yet, if it were not for her personality, she would have nothing. Her grades are by no means great, or even good. In the school play, The Tempest, her best friend gets the leading role while she is cast to play the literal tempest.

Her role in the movie subverts a typical theme seen in movies and books marketed towards young adults. Ladybird is not special and neither are the people around her, or at least in a way that is instantly recognizable. Her mom is overbearing and hard-working, constantly bickering with her in cars and thrift shops. Her adoptive brother stays at home, jobless.

In everyone’s seeming averageness, the depth of the story-telling reveals itself. No character is neglected, no one simply exists to fulfill a role or make Ladybird look better. Rather, Ladybird provides a lens with which the audience can delve into the uniquely human, uniquely complex emotional landscape that director Greta Gerwig provides.

Ladybird is a breath of fresh air, one that everyone and their mother can enjoy. The accessibility of it means that you do not have to be a teenage girl to see yourself represented in the movie. Young or old, rich or poor, there is a special draw for each viewer. So watch, enjoy, and find a world of complexity hidden under the seemingly ordinary.