Why I am a Republican

The sphere of political influence on a 15-year-old 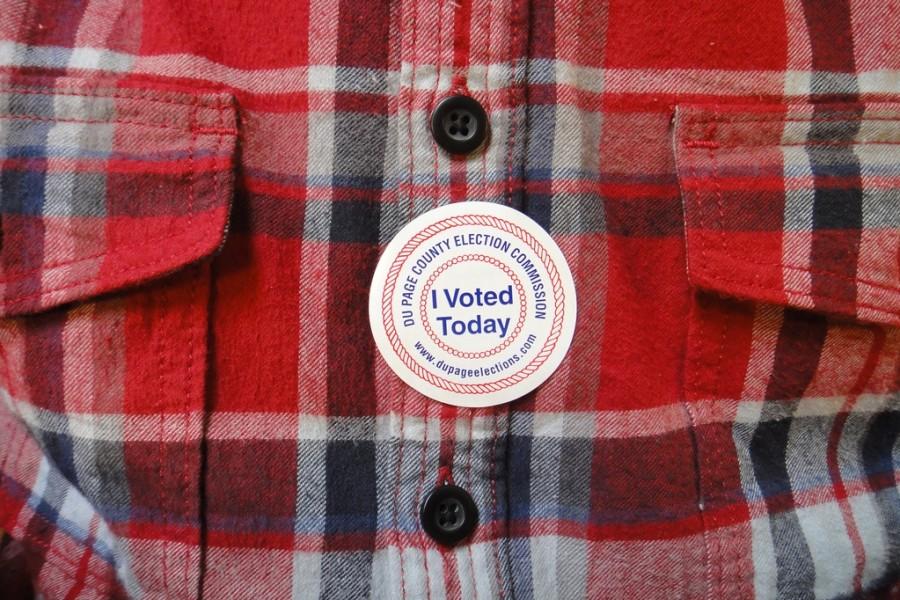 An "I Voted Today" sticker is proudly worn. Some people, like the person in this photograph, have chosen to wear red and blue on election days to represent the two political parties.

Opinions. Everyone has them, right? If you ask anyone who spends any amount of time with me, they’ll tell you that I have an opinion on just about everything.

I am rooted in my beliefs, and I land on the right side of the political spectrum in virtually everything. However, before proceeding any further, I should make it clear that even though my Republican parents were instrumental in bringing about my conservatism, I, and only I, am the reason for my position on issues like the Second Amendment, immigration, feminism and the economy.

Some people seem to believe that teenagers are too heavily influenced by their parents’ politics, and this is true of both conservatives and liberals. However, many young adults my age are perfectly capable of making up their own minds about the social and fiscal aspects of politics.

It often surprises me how little some people care about politics, especially high school students. Too often high schoolers seem to be apolitical, meaning that while they have opinions, they don’t necessarily take the time to formulate their reasoning and express their opinions. I hope that if there’s one thing you take away from reading this, it’s that modern politics are of utmost importance.

As I said, my parents have been and continue to be influential to me. Additionally, my two sisters are in their thirties, and talking to them and their husbands has also helped me formulate my political views. However, not all of my political role models are real people, as characters from NBC’s “The West Wing” have also demonstrated the satisfaction I can get from being involved with politics.

Frankly, watching a Hollywood portrayal of a Democratic administration didn’t exactly thrill me at first, especially considering my Republican leanings. Nonetheless, the awareness of millennial politics the show raised during its seven-year run definitely made a positive contribution to the intelligence of TV-watching families. As I near the end of the first season of “The West Wing,” I can honestly say that I have learned more from twenty episodes of this show than I did in the fourteen years before I became interested in politics. Watching this show, coupled with my interest in the presidential race and my family’s eagerness to educate me about political issues, has given me a great start to what could eventually be a career in politics.

I can’t write an article about my Republicanism and my interest in politics without endorsing Marco Rubio. So far, I have witnessed an incredible performance by the senator in the Iowa caucuses, followed by a rather mediocre performance in the New Hampshire primary. However, statistics don’t have anything to do with my support for this candidate. I believe he is the most well-rounded candidate on the GOP side. His diplomatic skills, proposed policies and emphasis on rebuilding America’s core values to emphasize its greatness make him the most qualified person to lead us into a new era of American greatness.

One of my greater concerns in this year’s election is which candidate is most prepared and qualified to beat Donald Trump for the Republican nomination. Rubio fills this role well, but I believe Ted Cruz can also be the Commander in Chief that America needs.

Whatever happens, I hope I influence you to take an interest in politics just as I have been influenced. By the time the 2020 election rolls around, I want to see all of you wearing “I VOTED TODAY” stickers on Election Day in November.