Outside guests are allowed, but communication still poses challenges. 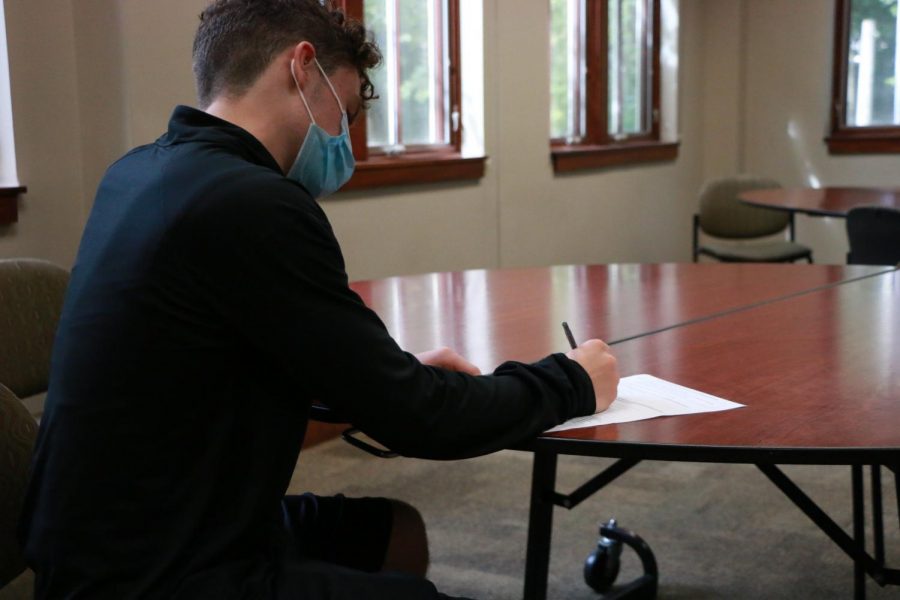 On Sept. 2, with just about two weeks to go until homecoming, she found out that she couldn’t bring her friend from a different school to the dance.

Because of Covid, the administration had decided that outside guests were not allowed to attend. Student Life Director Taylor Cao pointed to safety as the most important concern.

“We wanted to make sure that we were keeping our community safe,” Cao said. “We were thinking about our students.”

But that put students like sophomore Rosy Higareda in a tricky situation.

“I think less people will come honestly,” she said. “Because a lot of people have significant others outside of school. It makes it weird to ask other people at school to go with them.”

While she understood the administration’s concern, Belcher was still upset about the rule, and didn’t feel like she knew where to take her own concerns.

“I think it’s different because we were the big kids in our grade last year, and now we’re the babies again,” she said. “It’s hard to go and talk about it to a teacher when we’re not used to having the people of the high school being in charge.”

Lucky for her, a group of seniors decided to take the matters into their own hands, successfully campaigning to get the policy changed. Now students will be allowed to bring outside guests if they submit a permission form.

Senior Parker Nannie was one senior who took the lead.

“My first thought was that’s not fair, we never got a say in it,” he said.

Nannie has a girlfriend who attends another school, and he felt strongly about changing the rule. He knew he wasn’t the only one who was personally affected.

“I think a lot of people had outside guests, and they wouldn’t have come if they couldn’t bring them,” he said.

Nannie emailed Head of School Timothy Gibson directly to ask him to change the policy and encouraged other seniors to do the same.

After some consideration of these student objections, the administration announced that outside guests would be allowed to attend homecoming after all.

Many students might feel like they aren’t in a position to approach school leaders with their concerns, but Parker Nannie had the confidence to do so.

“Being a senior most likely gives you a better voice than a freshman would have because we’ve been here longer,” he said.

Belcher said that the freshman still may not know and pointed to communication as something that could use improvement.

“Speaking for the majority of us, the freshmen still have no idea that the rule has been changed,” she said. “The school should’ve been more translucent with the plans,” she said.