The Love Story of the Most Stubborn Girl in the World

A review of Sarah J. Maas’ “A Court of Thorns and Roses” by special contributor Kynnedy Armstong. 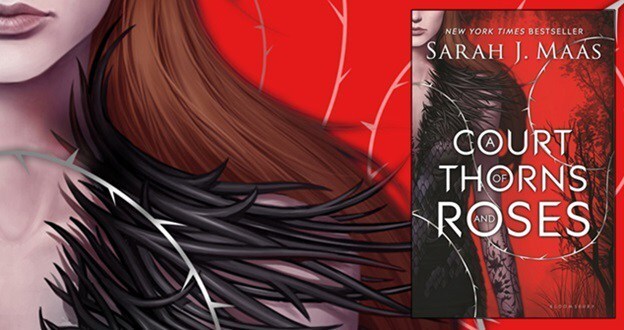 Imagine if everything you knew about faeries was a lie. They lie, cheat, steal, and murder as they please, and they’re only mission in life is to gain as much power as possible. That’s what Feyre thought until she fell in love with one of the most powerful faeries of all.

“A Court of Thorns and Roses,” a fantasy novel written by Sarah J. Maas, tells the story of a girl, Feyre, who reluctantly enters the world of Faeries during a time of tension. As she gets dangerously close to one of the High Lords of the kingdom, Prythian, she soon questions whether her hate towards all faeries is justified while facing one of the biggest threats to the human and faerie kind alike.

Now, let’s talk about Feyre and Tamlin. Although the build up for their relationship did feel authentic because it was slow and gradual, I can’t help but feel like their romance in general is a bit superficial. There are times when I get the feeling that Feyre loves Tamlin more than he loves her. She takes a lot of risks for him, but he doesn’t really radiate that same energy.

Maas does a fantastic job showing human imperfections. At times, Feyre’s pride held her back, and it always came to bite her in the butt later on. For example, she received many offers to learn how to read from Tamlin, but she refused every single time. It is annoying as a reader when she could have easily avoided all of the later issues by conceding earlier; however, it establishes her stubbornness as a character flaw that makes her more realistic.

Feyre’s character development is meaningful because although she retained most of her personality traits (the good and the bad) from the beginning of the novel, she still changed significantly for the better. For instance, her feelings toward faeries shifts throughout the novel beautifully.

I will say that Maas did not establish much of a resolution between Feyre and her family. Although she is reunited with her family, the connection seems superficial and a bit underwhelming. It was frustrating to see no one acknowledge all of the hardships that Feyre went through to protect them. They took advantage of her, and the book did not give that part of Feyre’s story enough attention, to my dismay.

Overall, I give this book 5/5 starlight pools. I definitely recommend it. Maas takes you on a journey with Feyre that makes it impossible to put the book down. I am extremely curious to see if Tamlin’s and Feyre’s relationship lasts in the next book; they were difficult beasts to defeat in this book, but I’m not very sure it’ll last in the next one.