The Electoral College Is Broken

We should get rid of it 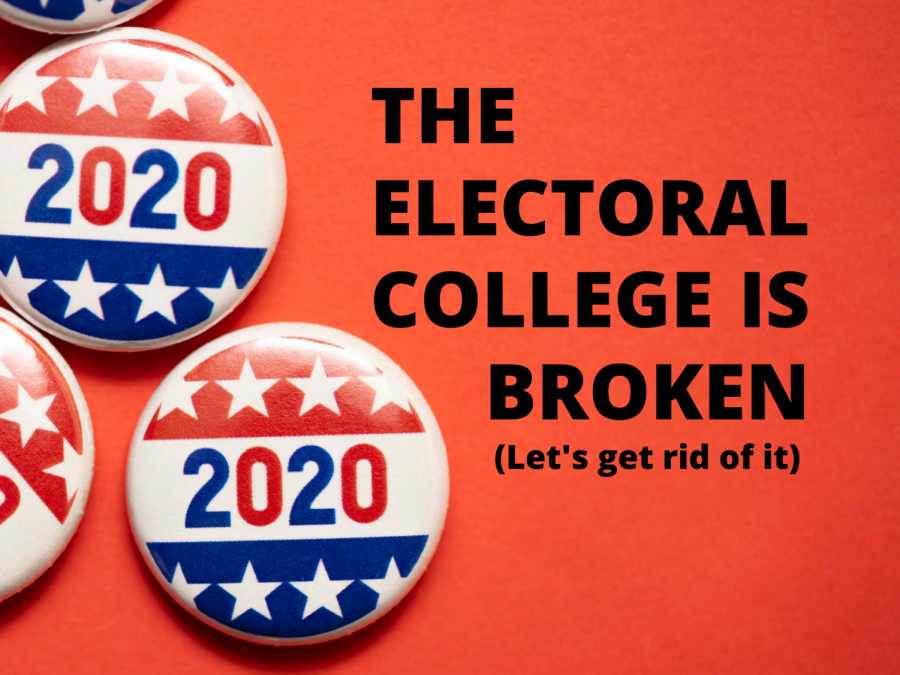 Why should all votes not count equally?

“We hold these truths to be self-evident, that all men are created equal, that they are endowed by their Creator with certain unalienable Rights, that among these are Life, Liberty and the pursuit of Happiness. – That to secure these rights, Governments are instituted among Men, deriving their just powers from the consent of the governed, – That whenever any Form of Government becomes destructive of these ends, it is the Right of the People to alter or to abolish it, and to institute new Government, laying its foundation on such principles and organizing its powers in such form, as to them shall seem most likely to effect their Safety and Happiness.”

The above is an excerpt from the Declaration of Independence, published by a rag-tag group of American colonists in the late 1700s who were fed up with the oppressive laws being passed by the British parliament, in which they had no say.

Chances are, if you’ve ever taken an American history course, you didn’t need that explainer. Self-governance and freedom from oppression should be viewed as the cornerstone of the American institution.

So then why, as the beacon of freedom and democracy we aim to be, do we have an electoral system that values the vote of someone in Wyoming or D.C. nearly three times as much as it does the vote of a Floridian?

If you don’t follow, I’m talking about the Electoral College, a system that shields the elite from the will of the people. Candidates need 270 electoral votes to win an election, regardless of whether or not they won the popular vote. The number of electoral votes a state has is determined by the number of congresspeople that the state has.

Wyoming, for example, gets three electoral votes, one for its one representative in the House, and two for its senators. This means that one electoral vote in Wyoming represents roughly 192,120 people.

Additionally, the current ‘winner take all’ system in place in all but two states means that if you cast a ballot for a candidate that doesn’t win your state overall, your vote no longer matters.

The Electoral College is an antiquated system that was built on elitism to dampen the voice of the people. We should get rid of it.

If this comes off as radical to you, consider the excerpt at the top of this page.

“Whenever any Form of Government becomes destructive of these ends, it is the Right of the People to alter or to abolish it, and to institute new Government.”

America is a nation built on a foundation of radical political reform, and we should honor that deep tradition by discarding a system that keeps the people from having the final say on who should lead them.