Genesis of the Boy Who Never Grew Up

A review of "Peter and the Starcatchers" 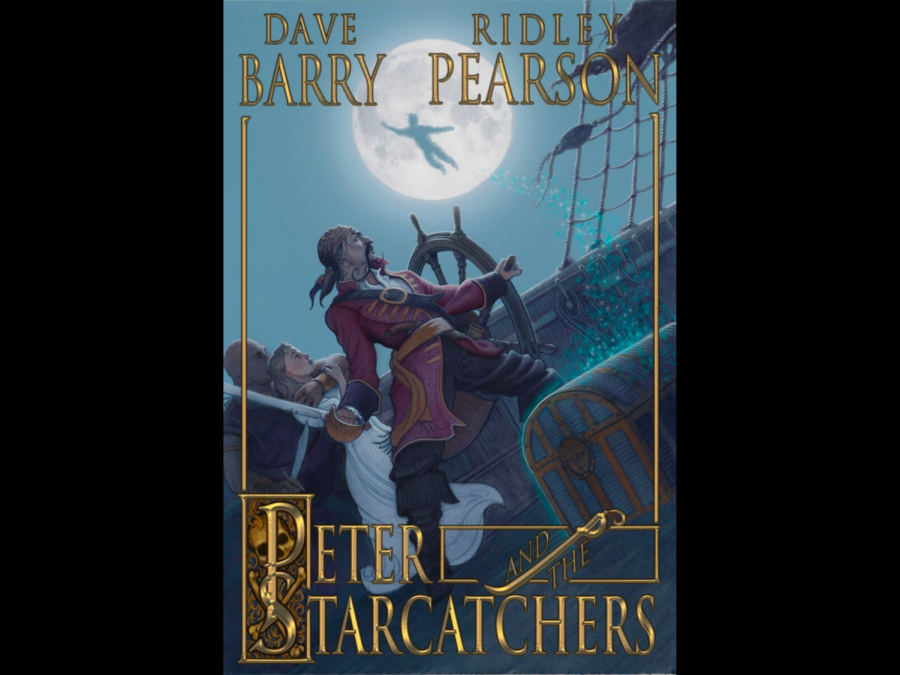 The cover art for Peter and the Starcatchers, a novel by Dave Barry and Ridley Pearson.

In 451 pages, Dave Barry and Ridley Pearson recount the early life of the boy who never grew up in “Peter and the Starcatchers.” Both Barry and Pearson narrate the phenomenal swash-buckling tale of Peter Pan, the Lost Boys, and (you guessed it!) Captain Hook himself (under the name of the Black Stache)!

The moment the reader opens the book to the first chapter, they are thrown right into the middle of the action. Immediately, the book has the reader brainstorm ideas as to why the boys are being taken to a ship and how they got into this position.

If someone were to ask me what genre of book I prefer overall, I’d have to pick mystery over fantasy due to the fact that I love the process of solving a murder as the reader. However, after reading “Peter and the Starcatchers,” the fantasy genre is tied with mystery for first place.

Dave Barry and Ridley Pearson’s book kept me on the edge of my seat for practically my entire reading, and I must admit that there were moments where I had to put the book down and process what happened before continuing.

I admire how both Barry and Pearson managed to maintain the story of Peter Pan while adding their own spins to the tale such as renaming the fairy dust “starstuff” and having the Black Stache claim multiple ships (the last one ending up being the Jolly Roger) and ending with the boys’ vessel, the Never Land.

Though the storyline is steady, the way that Barry and Pearson write some dialogue is brow-furrowing. There is an instance where Molly, a girl who boards the ship early on in the book, explains to Peter who the Starcatchers and the Others are and while the explanation should be directed to Peter, it seems as if Molly is directly talking to the reader instead.

One other factor that I personally am not keen on is the fact that I do not like illustrations in my novels and I love to build the scenes and characters in my head. “Peter and the Starcatchers” includes illustrations pertaining to certain scenes that, in my opinion, kill any type of attempt to create the story in the reader’s imagination.

Though the book has its faults, it delivers a message that fits today’s society: power is dangerous and can lead to corruption if fallen into the wrong hands and used incorrectly.

Overall, I would rate this book 4 out of 5 starstuff chests and would recommend it to those who are fond of reinterpretations of classic stories.