As the concept of identity transforms, language is racing to keep up 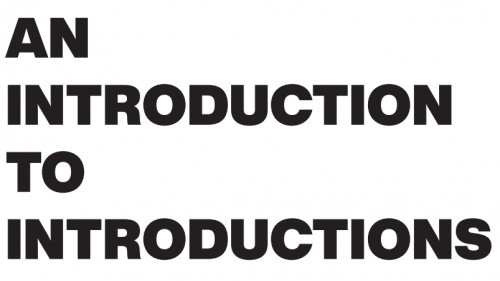 “Hello, my name is Miles Masters, and my pronouns are ‘he/him.’”

Just a few years ago, no one would have introduced themselves this way. An introduction contained a few parts: a greeting, name and perhaps a personal connection or detail. But now, at least for some, pronouns have become a regular part of introductions, a way of guiding new acquaintances. This still isn’t the norm for many, though, so consider this an introduction to introductions.

The main advocates for pronoun introductions are members and supporters of the LGBTQ community and others who may express their gender in unusual ways. For them, the main benefit of a pronoun introduction is that it grants an opportunity to announce that an individual may not use the expected pronouns, which gives people agency over their public gender identity.

Aiva Arachne is an alumna of St. George’s attending Knox College in Illinois and a transgender woman. She uses the pronouns ‘she/her.’ She appreciates the opportunity to inform others of her preferred pronouns before strangers make assumptions.

“One of the first things that we did here at Knox College was during orientation, students were encouraged to state their preferred name and pronouns regardless of gender or whatever appeared on the records,” Arachne said. “Something that I think would be great would be if, I guess as a culture, people moved towards introductions including pronouns and preferred methods of address.”

Arachne is not alone in experiencing the pronoun introduction in a college setting, as more schools have adopted the practice. Colleges and universities have also been the site of resistance to the practice.

Professor Jordan Peterson at the University of Toronto spoke out in 2016 against Canada’s Bill C-16, which has since expanded Canada’s federal human rights legislation to protect “trans- and gender-diverse persons.”

“I don’t recognize another person’s right to decide what words I’m going to use,” Peterson said in an interview with CBC Radio. “I reserve the right to use my own language, and I’m perfectly willing to take that to its conclusion.”

Some people feel that they should not be forced to acknowledge certain gender identities by using a person’s preferred pronouns, but that may be changing.

According to a 2019 survey by the Public Religion Research Institute, more Americans across all demographics have a more favorable view of transgender rights than they did five years prior.

Biology and Psychology classes now regularly teach that gender and sex are separate things. While biological sex is determined by genetics, gender has to do with social roles and differs from culture to culture. Gender is more complex than DNA, and with that comes gendered language: titles and pronouns that change to describe their subject.

The significance of this distinction between sex and gender is most clear for transgender individuals, whose biological sex does not match their gender. As awareness of gender identity and acceptance for gender difference grow, more people have grown comfortable with expressing their gender, from celebrities like Caitlyn Jenner to students like Arachne.

Coming out as transgender is a different process for everyone, and sometimes it is accompanied by backlash and hate, but for Arachne it was mostly a quiet and personal change.

“I think it wasn’t really something that I thought about,” Arachne said. “I didn’t ever really intend to come out or stay in the closet, it was just sort of the thing, I was just going to let it happen whenever it did. And I think I started to sort of clue people in towards the end of senior year.”

Historically some characteristics of identity, like race and gender, were expected to be recognizable on sight. Clothing and mannerisms were all supposed to reinforce an outward projection of gender, so it was easy to assign pronouns.

But there have always been people who defied those expectations and pushed a more ambiguous interpretation of gender. From the Civil War’s female soldiers to today’s drag queens, the ways we express gender have always been complicated, and now some are pushing for language to adapt.

New terms for gender difference and new pronouns have been helpful for people who are attempting to define their gender, like Art Solace, an Italian high-school student and activist for the international LGBTQ community.

“The [label] that describes me the best might be bigender-flux, which literally means having two genders at the same time but with their intensity changing, like sometimes you feel more one and sometimes more the other one, and for me [those] genders are male and female,” Solace said. “When I started realizing that I was non-binary… the first thing I realized is that I always feel both. I never feel only one of them, I never feel totally male or totally female. And I feel like, as I said, their intensity changes. Sometimes I would rather be seen as a girl and other times I would rather be seen as a boy.”

But an identity like Solace’s can make grammar difficult. When ‘he’ or ‘she’ doesn’t always fit, what should you do? Use of a singular form of ‘they’ and ‘them’ has grown in popularity recently, as an effective way to address non-binary people and people whose pronouns are unknown to you. So much so that the singular ‘they’ was honored as Merriam-Webster’s word of the year for 2019.

‘They’ isn’t the only pronoun bending the old rules of English, though. New, full sets of pronouns, known as neopronouns, have cropped up as well, taking the place of ‘he’ and ‘she’ for certain gender identities. For instance, gender neutral pronouns like ‘fae/faer’ would be used in a sentence like: Fae drove faer car to work today.

Another example is ‘xe,’ a gender neutral pronoun that Solace recently adopted and requested that we use in this article.

“My pronouns are ‘he/him,’ ‘she/her’ and ‘[xe]/xem,’” xe said. “I never felt comfortable with they/them, and the moment I realized what actual neopronouns were, I thought, well, maybe I could try out some of them because they’re all neutral, and I need a neutral pronoun.”

While this may seem complicated, English at least already has the groundwork for gender neutrality. In Solace’s native language of Italian, there is no concept of a gender neutral pronoun.

“In Italian, we have this gendered language, which has a gendered ending to most of the words,” Solace explained. “And there are two pronouns. We don’t even have a gender neutral one. It’s even harder to have more neutral pronouns, so I usually don’t use [Italian].” For xem, language can be a limit to gender identity as well as an expression.

Arachne has found that regional differences can also play a role in the challenges of gendered pronouns.

“One thing I’ve noticed is in the South, there’s a lot of ‘sirs’ and ‘ma’ams’,” she said. “There are people here [in Illinois] who don’t use those honorifics because they’re gendered, and people here are more aware.”

Arachne emphasized how, for her, honorifics often used for respect, like ‘sir,’ ‘ma’am,’ ‘lady’ and ‘gentleman’ can actually feel inconsiderate. She prefers that people use neutral terms to refer to others until they learn what pronouns they prefer.

“[You] just have to know who you’re speaking to before you use the language to address them,” she said. “I think that’s the most important thing.”

Of course, accidentally addressing someone by the wrong pronouns happens sometimes, in the same way that other language mistakes occur. The wrong word slips out and you call your teacher your mother, a doctor becomes a Mrs., he becomes she as you move along through your sentence. It can be embarrassing, but it is usually forgiven.

Purposeful misgendering, which occurs when someone deliberately uses pronouns or terms that they know are not the ones that the addressee prefers, is used to demean. The concept of misgendering is so ingrained into our society that children will call each other the opposite of their gender to insult one another.

Purposeful and repeated misuse of pronouns can be seen as a form of verbal abuse, according to a 2014 study “Gender Abuse and Major Depression Among Transgender Women.”Accidental or purposeful, misgendering is representative of the resistance to change in language.

“Well, language is against us. And that’s for sure. But someone’s identity isn’t based on language. It’s based on whatever they feel inside,” Solace said.