LSU takes the national title with a score of 42-25 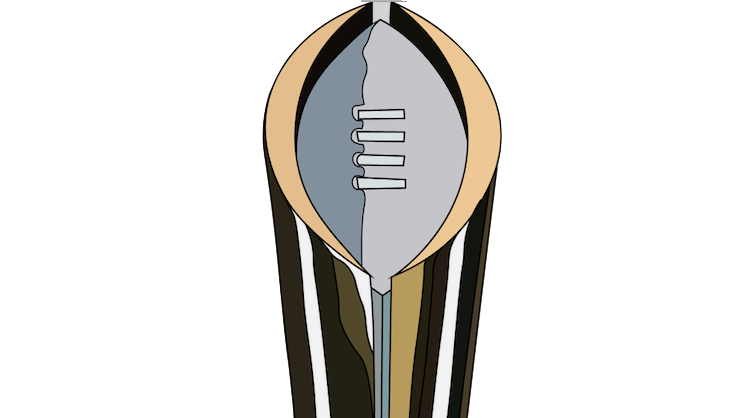 LSU and Clemson compete in their final game of the season for the National Championship trophy.

Tigers vs. Tigers. Number one vs. number three. LSU had just come off a huge playoff win against Oklahoma, while Clemson barely came out on top of Ohio State. This National Championship seemed as if it would be a walk in the park for LSU. They have the Heisman winning quarterback, the top offensive line in the country, the AP Coach of the Year, etc. Not to mention the fact that the game was in New Orleans. Only about 80 miles from Baton Rouge, it felt as if it was a home game for the Tigers.

Clemson was no doubt the underdog going into the Monday night game, but by far belonged to be there. Coming into the National Championship, they were on a 29-game win streak and quarterback Trevor Lawerence had not lost a game since eighth grade. They were also the defending champions after beating Alabama in 2019.

Starting from the beginning, LSU wins the coin toss and chooses to defer. Clemson receives the ball first and comes out strong. They drive the ball down to LSU’s 25 and close in on the endzone on their first drive until Trevor Lawrence gets sacked for a significant loss. Clemson’s punter Will Spiers perfectly places the ball and forces LSU to start on their own 7-yard line. Here’s the moment everyone has waited for, Joe Burrow in his first and only National Championship game. Unfortunately, the first drive was not nearly as powerful as LSU has been in the regular season. Instead of a down the field drive for a score, they had a total loss of 4 yards and go 3-and-out. The next three total drives all resulted in punts. Trevor Lawrence drives 64-yards down the field after a 42-yard pass to Braden Galloway to put them in scoring position. Lawrence runs the ball in for a touchdown to put Clemson up 7-0. This put LSU into a position they rarely experienced all season, playing from behind. They look to respond to this touchdown but are stopped short with two incomplete passes from Burrow and a sack. This results in an LSU punt giving Clemson the ball back on their own 25. This possession also ends in a punt after two incomplete passes by Lawrence. LSU receives the ball on their own 30 and they begin to drive the field. Clyde Edwards-Helaire was out against Oklahoma due to an injury but was able to return for his potentially final game. After a pass to tight end Thaddeus Moss, he ran two plays one resulting in a first down. Burrow then does what he does best and completes a 52-yard pass to Ja’Marr Chase for a touchdown. Clemson then comes back with a 52-yard field goal to put them ahead going into the second quarter.

LSU starts the quarter strong with a 20-yard run by Burrow but is forced to punt after three incomplete passes. To the eye of an LSU fan, Burrow does not look like the Heisman winning quarterback he is which is a worrying feeling. Clemson comes out big to score on their first possession of the quarter after driving 94-yards down the field. LSU is able to respond and Burrow seems to be back in his groove. He completes a 16-yard pass and a 56-yard pass to Chase. This puts them on the Clemson three-yard line where Burrow was able to run in for a touchdown. Clemson’s next two possessions resulted in punts while LSU is able to score two touchdowns on their next two possessions going into the half.

LSU receives the ball at the start of the half but is unable to take advantage of this opportunity and is forced to punt. After receiving the ball on their own 35, Clemson goes 50-yards downfield to score a touchdown. Lawrence hands off to Travis Etienne, passes to Tee Higgins, and runs the ball himself in order to put Clemson back in contention. LSU and Clemson’s next possessions both result in punts. Burrow then completes a 42-yard pass to Chase, a 7-yard pass to Justin Jefferson, and a 4-yard pass to Moss to put LSU up 35-25. After a close interception call that was overturned due to pass interference, Lawrence looks a little rattled and forces his team to punt. They give LSU the ball back on their own 32. Burrow completes a 35-yard pass to Jefferson to put them on Clemson’s side of the field. He then looks downfield to the corner of the endzone for Chase and throws the ball 33-yards. Chase, one of the best receivers in the country, has caught many corner-endzone touchdown passes but is unable to come away with this ball. This forced kicker Cade York to kick a 45-yard field goal. Missing this, he still leaves Clemson in contention for the game. Lawrence misses two passes and Etienne runs the ball for a loss of two yards resulting in a Clemson punt to give LSU the ball back going into the 4th quarter.

The final score of the game comes within the first three minutes of the 4th quarter. This is the score that will put LSU ahead 42-25 and will ultimately win them their first National title since 2007. With three 10-yard plus passes from Burrow, LSU is able to put the ball in the endzone and secure their title. Clemson is unable to respond and is forced to punt on their next possession. Their last possession ends in a fumble by Lawrence, his first since the eighth game of the season.

After starting off slow, Burrow ended the game 31/49 for 463 yards and 6 touchdowns. He also broke the FBS single-season record for touchdown passes (60), single-season touchdowns responsible for (65), most passing yards in a BCS/CFP championship game (463), and most touchdowns in a BCS/CFP championship game (6). These along with many others proved that Burrow and the Tigers deserved to be the 2020 National Champions. Ja’Marr Chase ended the game with 9 receptions for 221 yards and 2 touchdowns, while Justin Jefferson ended the game with 9 receptions for 106 yards. As a team, this win snapped Clemson’s 29-game win streak as well as handed Trevor Lawrence his first collegiate loss.