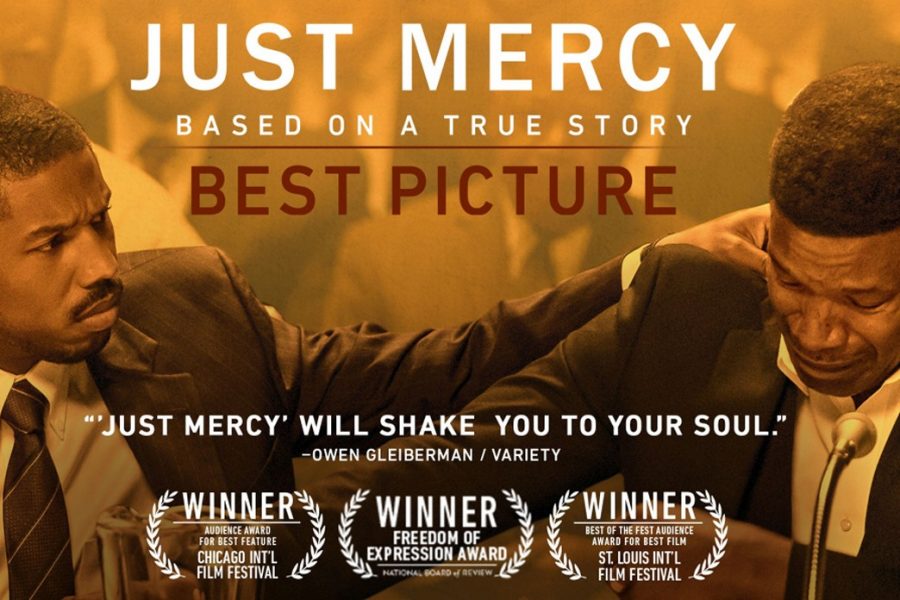 Bryan Stevenson's "Just Mercy" has now been adapted into a movie. His story, defending people on death row, has been a regular feature on the St. George's reading list.

When I first picked up Just Mercy, I was looking for a book to read while I was traveling. By the time I finished the book a few days later, the story moved me so much that I knew I wanted to be a lawyer for people on death row. This book changed my career path and goals entirely. One year later, I watched the movie adaptation, and just like the first time I heard the story of Bryan Stevenson, I was jerked into facing the cruel, unjust reality of the world.

In 1983, when he was 23-years-old, Bryan Stevenson was finishing Harvard Law School and starting his career as a lawyer, battling for the exoneration of a man that was convicted of a crime he did not commit. Beginning only 35 years ago, Bryan Stevenson set out to expose the law for being unjust. When people think of the law, they think it is there to protect all people, but could the law be used to protect those with money and status? This is how Stevenson’s story began. In 2020, he is continuing his fight to release those who were wrongfully convicted of a crime merely for their race or social status. In 2020, people still face injustice with a law striving to protect and lock up those who are dangerous; however, people are still in prison today with little evidence to support their arrest. Stevenson’s work may have started in the 1990s, but it will not end anytime soon.

Although the movie was not as good as the book, since the book has more detailed exposition and background information, the movie captured events that were eye-opening. There were scenes that were hard to watch, but I could not turn away. Walter McMillian was a Black man put on death row for allegedly murdering a White woman, and Bryan Stevenson took his case to prove him guilty. Jamie Foxx’s performance as Walter McMillian was just amazing. I had tears in my eyes or a smile on my face every time he talked. I really felt like I was watching Walter McMillian’s life play out. Foxx did an incredible job of invoking every emotion out of me. One of his lines that I remember from the movie was one of his first lines. He said that he had lived his whole life being convicted of a crime he could have never possibly committed, but he did not feel like fighting anymore because no matter what, people of the law just saw him as another Black man they were able to lock up. No matter what, the police just saw him as a dangerous Black man that was able to get out of the streets. That is powerful. Minnie McMillian, Walter’s wife who was played by Kara Kendrick, also said something I will not be able to forget. She said that she did not know how to tell her children that even if they were in the house surrounded by family, they could be convicted of a murder that happened ten miles away. If a White man said they did, they did no matter how many people confirmed their alibi.

The story is truly moving not because it has amazing actors, and not because of the awe-inspiring quotes that come from the movie; it is moving because this is life. There are people who really are having to get up every day with a death sentence hanging over them for a crime they have not committed. Families are still fighting today for their loved ones to receive justice. People are still being convicted of murder solely because of their race or because they do not have the money to fight back and get a lawyer who can prove their innocence. This is real life. People are not surprised that they face death row or prison because of their skin. People accept that they are guilty because they know no matter what, some piece of evidence will show how they could be the victim. This is not just a story. This is not just a movie, and it is up to us to come together and stop the injustice.

Just Mercy is a story you have to read or see. The movie will leave you in tears and will make you want to stand up and fight with Bryan Stevenson. It is terrifying that this happens today. This is why people are so mortified to let their children or family out of their sight. In the movie, Walter McMillian told one of his cellmates that no matter what crime has been committed, that does not give someone the right to take a life. I want to leave you with one question. What justifies a person to take a life?