The playoffs are upon us once again, and the weekend of the Wild Card was as wild as its name suggests. Let’s look at a recap of the four crazy games that eliminated four teams from the playoffs: 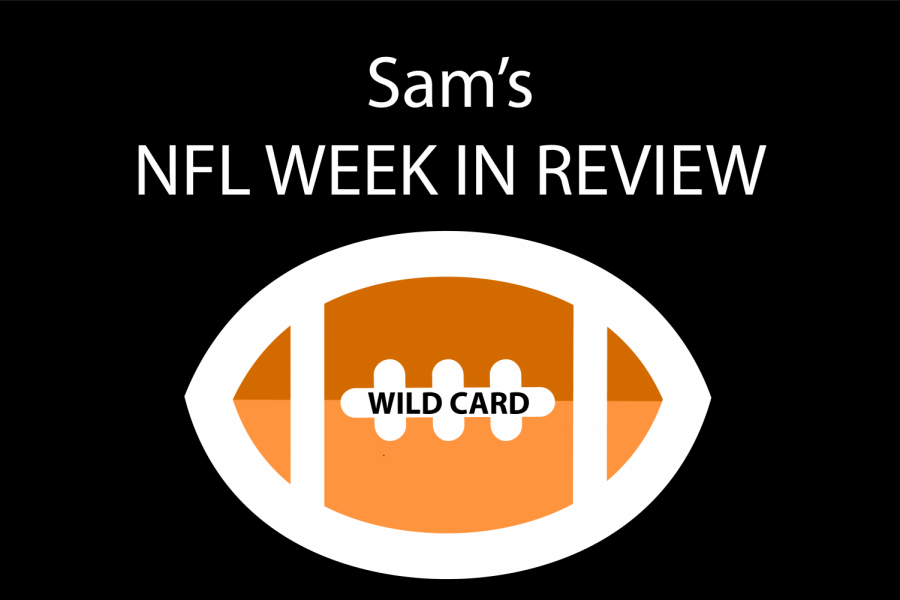 The Bills were oh so close to winning this game and dominated until late in the third quarter when Deshaun Watson managed to rally the Texans and lead them to a stunning comeback victory on a 28-yard field goal in overtime to win it. The Bills defense and persistence of the team stymied the Texans for the first two and a half quarters and the Bills were up 16-0 after three field goals and a trick play touchdown. However, the Texans came roaring back when Deshaun Watson ran for a touchdown, passed for a touchdown, and converted two two-point conversions along with a field goal to put the Texans in the lead late in the fourth quarter. However, the Bills strung together a desperate last drive and drilled a 47-yard field goal to send it to overtime. In a back and forth period of extra time, the Texans finally got in scoring range after a magical play by their quarterback Watson in order to knock down a short field goal to advance. The Texans can’t afford another slow start next week as they play the Kansas City Chiefs who have the ability to score quickly and often.

The upset of the weekend goes to my Tennessee Titans who upended the defending Super Bowl champions in a stunning upset. The defensive battle was breathtaking, as both teams repeatedly had many drives peter out. The Patriots struggled on offense, kicking two field goals that they would have liked to have had touchdowns on, including an impressive goal line stand by the Titans that forced a short field goal instead of 6 points. The key player in the game was Tennessee running back Derrick Henry, who carried the ball a whopping 34 times for 182 yards and a score. Ryan Tannehill only threw for 72 yards and a score, but he didn’t need to often with Henry plowing through defenders. The score was 14-13 in favor of the Titans at halftime, and there wouldn’t be another score until the end of the game, when the Titans pinned the Pats deep on a punt and former Patriot Logan Ryan intercepted Tom Brady and returned it for a score. It wasn’t a pretty game, but the Titans got it done, and move on to play a menacing Baltimore Ravens team that no one has seemed to find an answer to thus far.

Poor Saints fans. First it was the Minneapolis Miracle, then the pass interference no-call, and now they lose in overtime on a hotly debated no call for pass interference again. Somehow, things never seem to go right for New Orleans in the playoffs. After a valiant effort by Kirk Cousins and two scores by Dalvin Cook, the Vikings were able to outlast the Saints thanks to a coin toss win for overtime, giving them the opportunity to score first, which they did on a 4 yard pass to tight end Kyle Rudolph. The Saints put up a good fight, with Taysom Hill having some key plays and Drew Brees leading some productive drives, but in the end it wasn’t enough to pull out a victory. The Vikings move on to play the San Francisco 49ers in the next round in what should be a battle of two very run-heavy teams.

Both teams entered the playoffs struggling with injuries, and it definitely showed. The Seahawks saw their top two running backs land on the injury list and ended up signing Marshawn Lynch out of retirement to help fill the gap, which he did by scoring a touchdown, but the most yards rushing by a player on the Seahawks this game was quarterback Russell Wilson with 45. The Seahawks offense looked to be severely missing their running game, and were forced to do their damage through the air, running through rookie receiver D.K. Metcalf, who racked up 160 yards and a score. The Eagles limped into the playoffs with multiple of their major players injured, including a majority of their receivers. It didn’t help when quarterback Carson Wentz was knocked out of the game by a helmet hit and were forced to rely on backup Josh McCown. The Eagles offense put up a fight, scoring three field goals but ultimately was unable to put up enough points to knock down the Seahawks. Seattle heads to Green Bay in the next round.