Missed any NFL action this weekend? Reporter Sam Kuykendall is here to update you on the important NFL showdowns from Week 14. 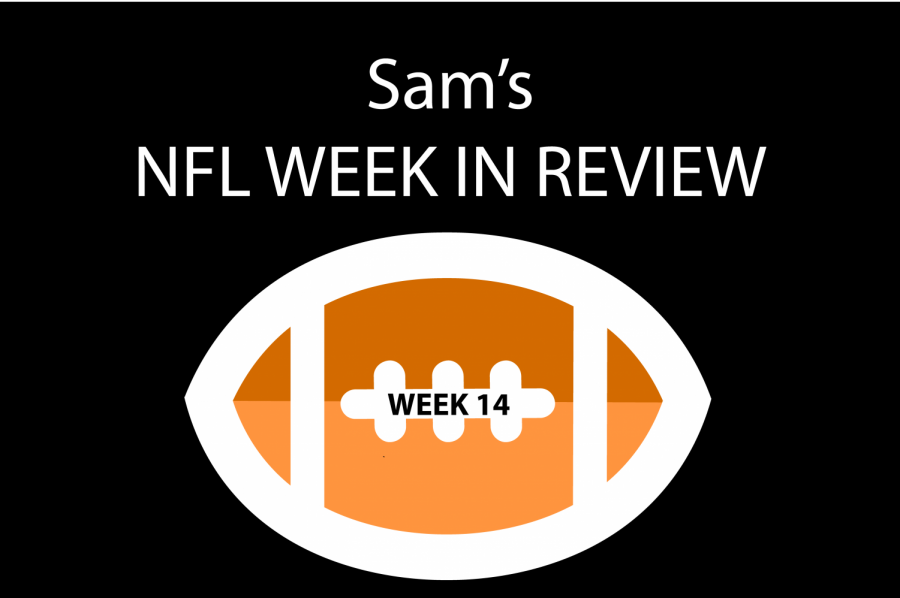 After a brief hiatus for personal reasons, I have returned to bring you the latest news around the NFL this week. The playoff race is in full swing, with the New Orleans Saints being the first team to clinch their division and a spot in the playoffs. Let’s see all the action that took place this week:

Ok, so the Cowboys are now sitting atop the struggling NFC East at 6-7 after the Bears held off a late comeback attempt. Mitchell Trubisky finally looked like himself again, using his legs to throw for three scores as the Bears offense was efficient enough to spring out to a 31-14 lead in the fourth quarter. The Bears remain in the hunt for a wildcard spot while the Cowboys have yet to win a game against a team with a .500 or better record. We’ll have to see if the Eagles can do something to challenge the Cowboys at the top of a division that seems to be in complete disarray. The Bears have a game against the division leading Packers next while the Cowboys hope to be able to do something against the 8-5 Los Angeles Rams.

Who saw this coming? The Titans, who are normally one of the most inconsistent teams, have strung together a convincing set of wins since Ryan Tannehill took over as the starting quarterback. Tannehill and Derrick Henry scorched the Raiders defense for 5 total scores between the two of them. The Titans are sitting at 8-5 and are in the middle of the race for a wild card spot in the AFC. With the loss by the Texans, the Titans have a chance to challenge for the lead in the AFC South. We will have to see what transpires as the Raiders’ playoff hopes took a major hit with this blowout loss. The Titans play the Texans next in a critical game for the division lead while the Raiders have a chance to stay alive against the Jacksonville Jaguars.

For the first time in a while, the Ravens offense seemed to struggle a little with the tough Bills defense. Lamar Jackson continued to dazzle, throwing for three scores, but the Bills were able to respond and keep the score to only seven points. Both of these teams looked like playoff teams that could potentially see each other again in the postseason. The Ravens have a game against the Jets next while the bills play the surging Pittsburgh Steelers.

Game of the season here until further notice. This reminded me a lot of the Chiefs Rams shootout from last year, with another high scoring, back and forth game that ended on a last second field goal. Everything about this game was fun to watch, and if you missed it, I highly recommend going on YouTube and watching the highlights. Jimmy Garoppolo and Drew Brees’ quarterback duel was something else, with Garoppolo throwing for 349 yards and 4 scores and Brees also throwing for 349 yards as well and accounting for 6 total scores. With this victory, the 49ers are back at the 1 seed in the NFC and have a chance to build on it against the Falcons next week. Meanwhile, the Saints sit at the 3 seed and have already clinched a playoff spot, with the Indianapolis Colts next up on the schedule.

The Broncos upset the Texans in quite the fashion to put an interesting twist on the AFC south playoff race. Denver was in control of this game from the start, and was able to hold off a late Texan rally behind rookie Drew Lock and the defense in orange. The Broncos are not in playoff contention, but can continue to develop against the Chiefs next week. Meanwhile, the Texans play a Titans team in a game that will be important for the AFC playoff race.

This was a game that was weird from the beginning, when the Chiefs equipment was mysteriously sent to New Jersey and put the Chiefs in danger of having to forfeit the game. Then, a scrappy game got stranger when two blown calls by the refs cost the Patriots the game at home, when calls normally go their way. I don’t really know what to make of this game, but I do know that both of these teams are already likely headed to the AFC playoffs. The Chiefs have the Broncos next week while the Patriots play the 1-12 Bengals.

The Rams put a walloping on the Seahawks in this game, holding the Seattle offense to 0 touchdowns for the first time in a while. The Rams appeared to have some frustrations here and there, but the defense came through to pull off a win to keep them in the playoff hunt. Look for the Rams to play an important game against Dallas next week and for Seattle to play the Carolina Panthers in a bid for a playoff bye.