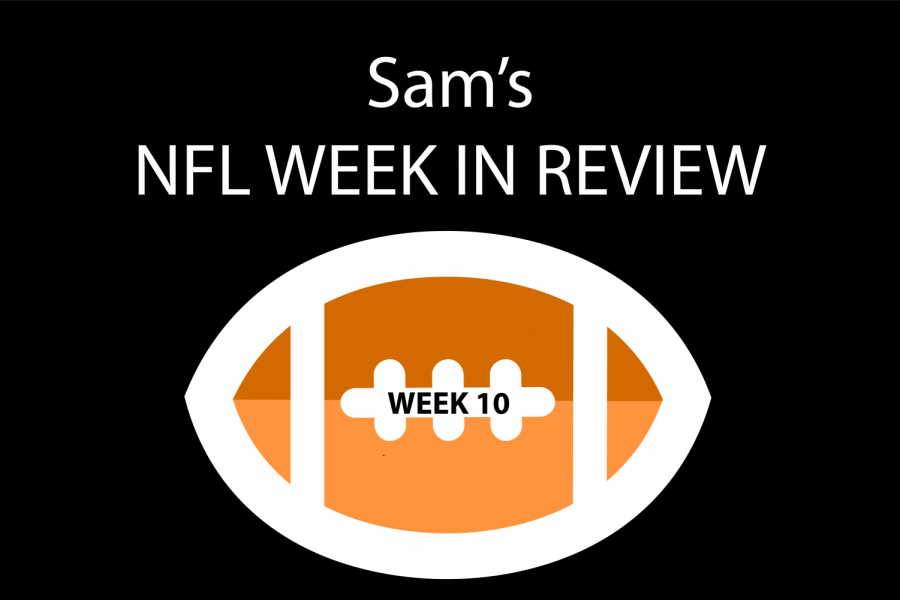 A Thursday night game between two middle-of-the-pack teams turned into a back and forth game, with the Raiders coming out on top with an 18 yard run by Josh Jacobs sealing the deal. The running backs really shined throughout this game, with Melvin Gordon, Austin Ekeler, and Jacobs each scoring a touchdown. The Chargers have a difficult game in Mexico City next week against the Kansas City Chiefs. Meanwhile, if the Raiders can beat a winless Cincinnati team next week, they will be at a 6-4 record and in good position to challenge for a playoff spot if they can finish the season strong.

I absolutely loved this game. The return of Magic Mahomes and the big play Chiefs offense against Derrick Henry and the physical, tough running Titans offense made for a truly enjoyable football game with a neck and neck battle all the way until the end. I think that the Chiefs are still in good position to make a playoff run, and the Titans I am not sure about yet. Not to fear though, as both teams have manageable schedules for the remainder of the season. The Chiefs play the Chargers next while the Titans play the Jaguars. Make sure to tune in, as these will be games to keep tabs on.

Snow was falling on Lambeau field on Sunday as the Packer defense stopped Christian McCaffrey inches short of the goal line to seal a nail biter. Aaron Jones rushed for a cool hat trick in the snow while Christian McCaffrey continued to show why he is an MVP candidate with 108 yards and a score on the ground. The Panthers have an impending matchup with the Atlanta Falcons, who somehow pulled it together to keep the high scoring Saints from scoring a touchdown. Meanwhile, the Packers play an important NFC game against the San Francisco 49ers who just suffered their first loss this week. Both games promise to be interesting, but pay special attention to the Packers game because it will definitely be a good one with some serious stakes.

What happened? The Falcons went from being one of the worst defenses in the NFL to stopping the Saints from scoring a single touchdown. I guess they weren’t kidding when they said the NFL is a weekly game. The Falcons offense put up a good amount of points, but the Saints offense couldn’t retaliate in their normal fashion for unknown reasons. However, better days are ahead for the Saints with the 3-6 Buccaneers up next while the Falcons will hope to replicate their success today next week against the Carolina Panthers.

As far as season-to-season comparisons go, the Rams offense has had one of the hardest and fastest falls this season, looking completely mediocre against a surging Steelers team that has won its last four straight games. Minkah Fitzpatrick has really shined for the Steelers after being traded from Miami, as he took a fumble to the house and also recorded an interception. Things won’t get any easier for the slumping Rams offense as they play a tough Chicago defense next week. The Steelers play a Browns team that they will need to beat in order to attempt to catch the Ravens who are currently at the top of the AFC North.

This was a gritty, back and forth contest that ended with the Vikings holding on to a late lead to win in Dallas. Dalvin Cook and Kirk Cousins led the way for Minnesota, while Dak Prescott and Amari Cooper were the players to watch for the Cowboys. The Vikings have looked good recently, despite losing to the Chiefs last week. They have a match against a Denver team that had to put its starting quarterback Joe Flacco on injured reserve, so that should be a win for the team in purple next week. The Cowboys play the Detroit Lions, who also had their starting quarterback Matt Stafford out with an injury this week.

What a way to end a hugely important game, not just for the NFC but also for the NFC West division. The Seattle Seahawks came back and owned the third quarter after a dismal first half, with the 49ers returning scores in the fourth quarter and taking it to overtime, where the Seahawks kicked a game winning 42 yard field goal to knock out the last unbeaten team in the League. It was both an offensive and defensive game, with several turnovers and touchdowns on both sides of the ball. While not as high scoring as the Rams Chiefs game last year, this game should join it as two of the best regular season games ever. Looking ahead, the Seahawks play the Eagles next, while the 49ers play another division rival in the Arizona Cardinals.