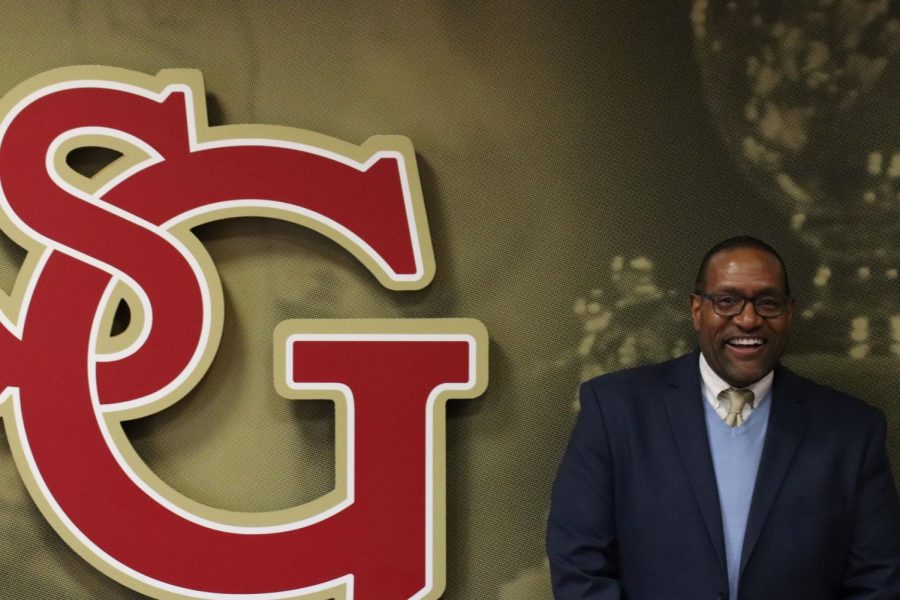 Mr. Timothy Gibson has been appointed Interim Head of School as of Oct. 27. The appointment of an interim was unexpected.

On Sunday, Oct. 27 at 6:00pm, St. George’s families received an email announcing the appointment of Mr. Timothy Gibson as the Interim Head of School, effective that day. It was known that former Head of School Mr. Ross Peters would be leaving at the end of the 2019-2020 school year, so a mid-semester departure was not expected. Students did not receive the email but learned about the change from parents and peers.

The letter from Chair of the Board of Trustees Mr. Richard McDuffie briefly described Mr. Gibson’s tenure at St. George’s.

Mr. Gibson has been a college guidance counselor at St. George’s for over a decade, and now he is Assistant Head for Educational Access. According to Mr. McDuffie’s letter, “[He] has exhibited tremendous leadership among colleagues across all three St. George’s campuses.”

According to the letter, the Board has “full faith that Timothy’s positive attitude, his thoughtful counsel, and his 20 years of educational experience – at St. George’s and at nationally-esteemed colleges – make him the best candidate to fulfill the role of Interim Head.”

The letter also thanked former Head of School Mr. Ross Peters for his service to the school.

“The Board and I are grateful to Ross Peters for his diligent service to St. George’s,” wrote Mr. McDuffie, “and his overall leadership and development of the St. George’s Strategic Plan.”

Mr. Gibson is already inhabiting the Head of School office space and is ready to serve St. George’s in a new way.

“I hope that people know that my sole purpose in stepping into this role is to do what I can for a school that I love,” said Mr. Gibson, “so being a calming presence, helping lead where I can lead and follow where I need to follow and be supportive wherever I can possibly be supportive.”